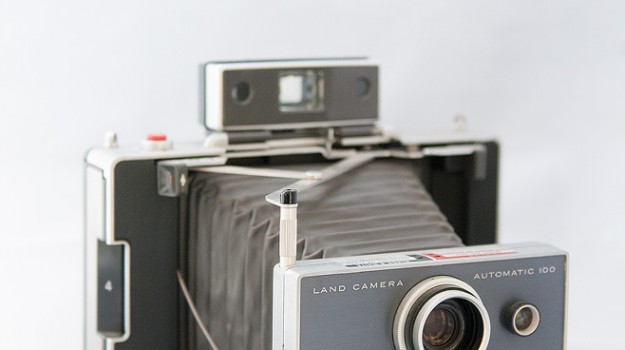 The first model in the 100-400 series of folding rangefinder Polaroid cameras, the Polaroid Automatic Land Camera Model 100 has a set of standard features that are shared by all following models in this range:

The 100 also introduced most of the features that would become common across the higher-end models in this range, though it lacks the Zeiss-Ikon designed combination rangefinder/viewer assembly the later models would adopt. Instead it features separate windows for composition and focusing, a style that would become common across much of the mid-tier range of folding Packfilm cameras. The features it has in common with high-end models such as the 250 and 350 are: