How to be creative with slow speeds 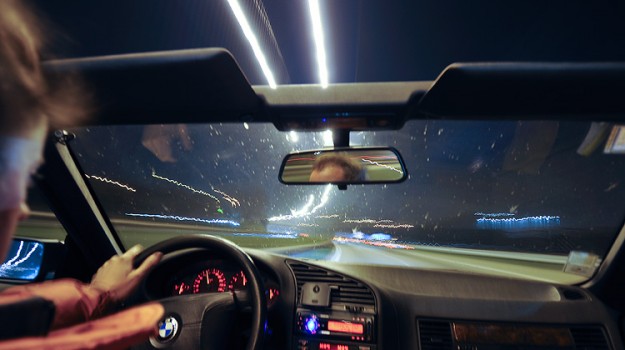 One of the important aspects on the shutter speed is the fact that it has many creative options with regard to create movement. Create a sense of movement in a photograph can become a normal photograph a photograph dynamic and energetic. Alternatively, can create abstract movement and give a mood of surreal photography. Some examples with which may already be familiar include a fast train passing by a train or a beam of car lights at night. The creative possibilities achieved through the use of a low shutter speed are limitless.

To help you achieve the most from your images, Here are some principles to follow and also some popular scenarios where you can try to use a slow shutter speed and long exposure in your images.

What affects the effect of movement

If you read the previous guide about freezing movement with a high shutter speed, it can be noted that there are several factors which affect how fast shutter speed has to be frozen to obtain a motion. These same factors apply also to the amount of movement which appears when using a slow shutter speed.

The velocity and direction of the moving object affects the amount of movement to be created. The amount of this movement will increase the higher the velocity of the object. In addition, an object moves from one side to the other will create more than one movement only is moving towards the camera or in the opposite direction.

It, eg, a Ferris wheel is rotating rapidly, may only need 5 seconds to atingir this issue, but is moving slowly, may have to reduce your shutter speed to between 30 seconds 1 minute to get the same look.

The closer the subject is to you, More striking is the sense of movement. Therefore, they capture a giant wheel 3 meters away, is more than one motion capture the 30 meters.

In a similar way, is to capture the ferris wheel 30 meters away with a 200mm lens, the wheel seem more drawn than if captured with a 35mm lens from the same distance. This is due to the fact that the object is moving through a major portion of its capture area.

Principles to capture with a shutter speed lower

Unlike the movement of the freezing, There are many possibilities when it comes to show movement in your image. Want just a little motion blur to imply, or want a long beam motion or lights? Show just a little movement can be achieved with 1/100 second shutter speed for fast objects like a car, while showing only one beam car lights may require a shutter speed of 10 seconds.

Sometimes, figure shutter speed for a certain amount of movement want the result of trial and error. Fortunately, with the technology of digital cameras and the possibility of immediate viewing photography through your screen, all you have to do is look at the screen and see if it needs more or less shutter speed.

Despite wanting to introduce a motion with slow shutter speed, what we do not want is to have a blur due to movement (tremble) your camera.

Ideally, if you are shooting with a slow shutter speed, should seek to position your camera on a tripod or on top of a stationary object such as a table to hold your camera still.

If you take the pictures with the camera in hand, the rule is that, when using a shutter speed that is lower than the number of focal length of a lens, will begin to introduce camera shake on the photo. An example of this would capture a speed of 1/30 while using a lens of 85mm. One way to help minimize the blur of the camera is to use the system to stabilize your camera or lens. It should also be sure that you are using a technique to hold the camera correctly.

When you lower the shutter speed of your, is to give more time for the light to hit your sensor, which itself increases the exposure of the image. To obtain a correct exposure, have to close the opening. But, In some cases, such as a beautiful sunny day, may not be able to close your open enough to get a balanced exposure for a low shutter speed.

Therefore, in these cases, can put a filter on your lens called Neutral Density filter (neutral density filter). This filter is, essentially, a square or semi-opaque darkened disk that acts as a pair of sunglasses for your lens, reducing the amount of light that reaches its sensor. Due to the fact that less light is entering anytime, can reduce your shutter speed on a sunny day.

Although I could always "freeze" an object, When you reduce the speed of your shutter to create a movement, introduces an additional dimension to this subject. For example, a photograph of the ferris wheel would look dull and lifeless if not for the circular motion.

Taking photos at night in an urban environment and create a beam of light from a moving car is another popular way of using a slow shutter speed. Depending on the speed of vehicles in motion and its distance from the same, can use ½ to 10 seconds the speed of plug. Be sure to use a tripod when such.

You can convert the moving waters of a cascade, an ocean or a lake in a soft and impalpable flow by reducing the shutter speed for about a half second or more. I love the artistic way of how to play with prolonged exposure and water. For a deeper analysis of this type of photography, you can read our article on the use of prolonged exposures to achieve water glazed.

Of all the ways that you can shoot with low shutter speed, the panorama is probably that you need more practice and technique. That shall be to-facto enquanto that if you want to remove the background, we also want to maintain a certain level of focus on your subject.

The minimum shutter speed required depends on the speed and direction of the object, the distance between the object and the camera and the focal length of your lens.

The trick of taking a panoramic picture does not want to press the shutter button the moment it starts to follow the subject with the camera. Put yourself in a smooth motion while tracking the object and then take the picture. Do not forget to continue to follow a moving subject after taking the picture to make sure it does not capture any irregular movement.

The technique I use to get good panoramic photos is that, it is known that the object is moving from right to left such as a racing car, position yourself with your feet and body facing parallel to the race track. Turn the top part of your body at the waist to the right and prepare your camera. When the car goes in panorama photography, Now turn the body to the left to follow the car and take the picture at the precise moment that your body reaches the center (normal position). Your body should be in a smooth, uniform, continue to follow this movement by rotating your body to the left now. If you practice this technique, should get better results with these pictures.

If you are using a tripod, can use a function such as this. Make sure not to block the top of the tripod to be able to follow the car with the camera. And as the technique without tripod, take the picture when the subject is in the middle, not at the beginning or end.

The limit is your imagination.